Sign up to get information on the best trips 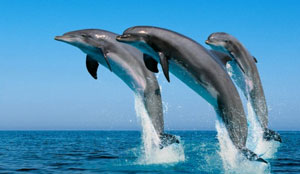 If you are looking for the best dolphin spotting trips in Gran Canaria, you do not need to look any further because you just found the right place to book one!

Let our bus pick you up at your hotel around 10 a.m. (the exact pick up time for your hotel will be on your boarding pass!) Then we will take you to Puerto Rico, where our captain will welcome you aboard his very own catamaran. You will be also greeted by our nice crew, who will then offer you a sandwich and a drink of your choice. We know you will be in need of energy for lots of dolphin spotting in the ocean around Gran Canaria! You will be amazed by the view of dolphins freely swimming around you; they will not be alone, as some whales, turtles and flying fishes will be most likely joining the show. In case you get thirsty while spotting the fascinating fauna on the sea of Gran Canaria, we will be ready to offer any refreshment you may want along the trip. Soft drinks, beer, water, the famous Spanish “tinto de verano” with wine and soda? Just ask our pleasant crew and they will be happy to serve them, free of charge!

Be sure to keep your eyes open and ready for yet more wonderful views; after the dolphin spotting trip, our catamaran will sail along the South Coast of Gran Canaria so you can appreciate its breathtaking views. Once we have spent some time watching the beautiful cliffs and beaches, we know that you will want to set foot right there. Don’t worry! We will anchor on the Perchal Bay so you can take a rest and restock your energy with the spaghetti Bolognese included on your menu; or if you prefer, one of the vegetarian menu options available.

There is plenty to do and enjoy on Perchal Bay: swimming on the sea and sunbathing are just great; but we will also offer you our snorkeling and banana boat services (included on your ticket), so you can make the most of your experience! You don’t have to bring any equipment; we will provide anything you need for snorkeling or moving around the many coastal fishes.

Still can’t get enough? Fancy a jet ski ride, maybe? Two people can take one for just an extra fee of 25 euro. Or each person may use that 25 euro for a very exciting parasailing ride.

You only have to worry about having fun, as our boat will take you back to port; and there our bus will pick you up to leave you just on the entrance of your hotel at around 3 p.m., after a whole day of having the dolphin spotting trip of your dreams.

You might also want to know.....
Dolphins and Whales species

The common dolphin is a seasonal swimmer off Gran Canaria.
This species comes in two forms, the short- and long-beaked common dolphin.
Common dolphins are often found in large groups (called pods) of hundreds or even thousands of individuals.

One year-round species off Gran Canaria that you will see is the bottlenose dolphins.

You will immediately recognize this smiling dolphin as the charismatic star of aquarium shows, but what a pleasure to see these sleek swimmers in the open sea where they can exceed eighteen miles (thirty kilometers) an hour.

Another seasonal visitor off Gran Canaria is the Atlantic spotted dolphins.

This species may be an intermediary between the bottlenose dolphin and the pantropical spotted dolphin.

As the name suggests, many individuals, though not all, are patterned with spots

The striped dolphin is another seasonal arrival off the coast of Gran Canaria.

Because striped dolphins can move very rapidly to avoid boats, they are often called streakers.

Some distance away from the coast of Gran Canaria you may spot Short-finned pilot whales.

You will easily recognize one by its massive head and prominent rounded forehead.
They hold the Guinness Book of Records for having the largest brain of any creature known to have lived on Earth.

The bryde's whale can be seen at some distance from the coast of Gran Canaria.

The loggerhead turtle is the second largest species of marine turtle and the one you are most likely to see.
When you spot one, you will probably notice that it is encrusted with barnacles and other organisms.

Underneath all of this encrustation is a reddish-brown carapace (shell).
Book now!
See details 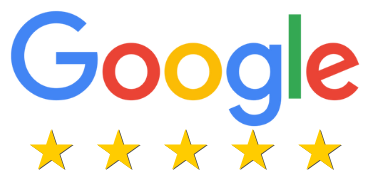